1. For the love of all known gods don’t brush your teeth with turmeric.

I read somewhere that brushing your teeth with a mix of turmeric and coconut oil makes your teeth whiter. So, as I take turmeric paste daily anyway (it’s a long story, but now I can’t stop taking it because my brain thinks I have to – so I continue to, even though I probably don’t have to and maybe that’s a whole other blog) I thought I’d give it a go.

It’s nasty. Proper nasty. Not only will you look like poo is coming out of the wrong orifice, it tastes like the devil’s balls. Your toothbrush will turn yellow and (even though you’ve bleached every square inch of it) you’ll find splats of turmeric in your bathroom for days  – just like you’ve had an explosion of the toilet sort EVERYWHERE and you won’t be able to explain it to visitors or anything because if you try to, they’ll look at you like you’ve gone stark-staring-bonkers – and nothing’s worth that.

2. In other news – I tried really hard with the I Refuse To Be A Fat Bride thing this week. As it stands, I will indeed be a fat bride if I don’t stop eating as if I’m never going to eat anything ever again. It’s difficult though. At weekends we ‘snack’ – it’s a thing. And I tell Bernard every Sunday night to take with him anything that’s going to make me snack during the week whilst he’s away. Sometimes he forgets. Like this week, he left half a lemon drizzle cake.

On Wednesday I asked Harvey if I should have some. He was all like: 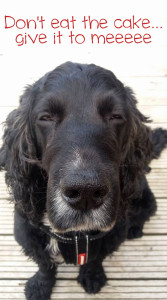 So I ignored him and ate the cake.

That broke the diet seal though and for the rest of the week and I continued to eat as if I’d never eat anything again.

3. The Viking thing happened too. But we won’t speak of that again. I’m still trying to assemble some kind of hope-slushie from my CRUSHED DREAMS.

4. My other cocker wanted to kill me. 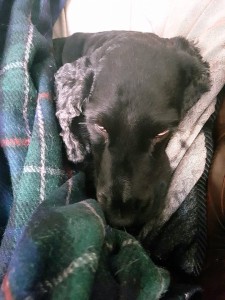 He’s all eyelashes and attitude is Jasper. Bastard. 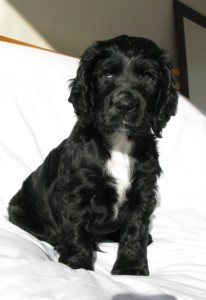 And I died a bit inside because eight years has gone so quickly.

6. I worked shit loads and I sold a record number of these: 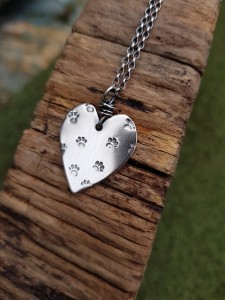 6. Then it was Saturday and I woke up to Bernard being all ‘househusbandy’ writing shopping lists and washing up and stuff and I realised just why I’m marrying him – we’re both the same kind of touched. 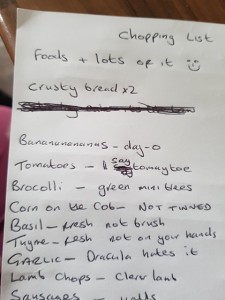 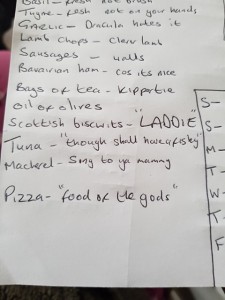 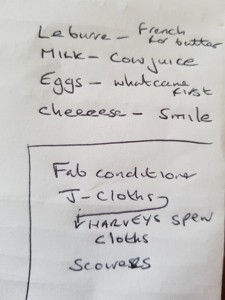